The topic of Religion is written about frequently. Below is a curated list of useful titles to continue the conversation on Religious Studies. 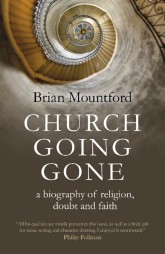 a biography of religion, doubt, and faith by Brian Mountford

In this colourful memoir, from 1950’s childhood to the COVID crisis, Brian Mountford describes his life as a priest, which has spanned a period of immense social change and seen the secularisation of Britain to the point where 52% of the population say they have ‘no religion’. Opening with a vibrant account of London in the Sixties, he moves to Cambridge college life in the Seventies, Suburbia in the Eighties, and thirty years as Vicar of the ‘most visited parish church in England’, the University Church, Oxford. Rich in humour and anecdote, he unpacks his liberal theological ideas on the way, addressing questions such as God, the meaning of life, sexual ethics, and the relationship between doubt and faith. A central idea is that the abandonment of organised religion has not eradicated spiritual questioning and, following Philip Larkin’s poem Church Going, from which the book takes its title, people of all ages are forever ‘surprising/A hunger in (themselves) to be more serious.’ Both the story and the essay content will fascinate many, many more people than actually go to church.

CHURCH GOING GONE is the work of a man of great goodness, considerable stubbornness, and not a little cunning. In the course of his life as a priest Mountford aroused enormous admiration not only for his liberal stance but also for his personal qualities of kindness and open-mindedness, and for the imaginative (and occasionally provocative) way in which he welcomed speakers from many different traditions to his church. All his qualities are vividly present in this book, as well as a lively gift for scene-setting and character-drawing. I enjoyed it enormously. Sir Philip Pullman CBE

Brian Mountford has written a witty and captivating memoir. He brilliantly evokes the utterly different world of the Church of England in the late sixties and, through the story of his own ministry, offers a fascinating - and sobering - perspective on the sea changes that the Church has undergone over the past fifty years. Professor Jane Shaw, Principal of Harris Manchester College, University of Oxford 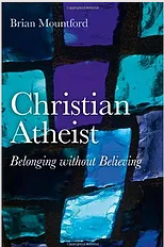 I don't believe in God, but I miss him, wrote Julian Barnes. Author Philip Pullman describes himself as a Christian Atheist. Others are drawn to religious ethics, language, art and community, but cannot accept the metaphysical claims or dogma...   Based on conversations with twelve people of this ilk, Brian Mountford explores the phenomenon of Christian Atheism, facing the challenges that reason, science, doubt, and modernity throw at orthodox belief. And consequently we get sparkling new insights into the theology of Aesthetics, the Moral Compass, Doctrine, and Doubt.   Christian Atheist validates the Christian atheist position within the broad spectrum of Christianity and says to the Church -- you ignore this phenomenon at your peril, because the ground between atheist and religious adherent is now very blurred. 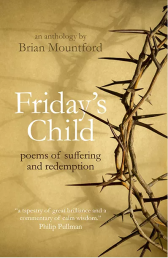 an anthology by Brian Mountford

Thirty Five poems which explore the human experience of suffering and redemption chosen by Brian Mountford, each one accompanied by his own thoughtful and witty commentary.

Some poems, like John Skelton’s ‘Woefully Arrayed’ or John Donne’s ‘Good Friday, 1613, Riding Westward’, choose themselves; others, like Philip Larkin’s ‘Ambulances’, Seamus Heaney’s ‘Digging’ and Wilfred Owen’s ‘Greater Love’, are not immediately obvious. But the Passion of Christ has a universal theme that has unfortunately been narrowed by some Christian apologists, determined to privatise it and impose their particular interpretation of its meaning on others. The author considers that any serious attempt to write about suffering, betrayal and the search for meaning constitutes a kind of scripture that can amplify what Christians call Holy Scripture.